Looking to the future – Will Juve give youth a chance?

With the senior side failing to spark into life, drudgery abounds domestically with some life still found on the European front, it seems a good time to look to the youth sides and investments for a progress report and to highlight any gems in the mega rough. The fear of course is that Paratici will read this and look to sell those ear-marked for a solid career at the earliest opportunity, using the money for a set of bespoke gilded cutlery for Ronaldo to use for his breakfast at the club, maybe an ornate egg holder from the palace of Darius III? Regardless of these cynical fantasies, the show must go on… Signore Zauli’s debut campaign as head honcho of the U19 (primavera) squad is showing mixed results. Our league form is at best shabby, haphazard and yet we remain hanging on the coat tails of qualification for the knockout tournament once the league fixtures have ended. Some of this absence of joy may well be down to a stronger focus on the European front, where we have been curiously potent. Winning 4, losing just the 1 through the process of which knocking 9 past a pitiful Leverkusen! We won’t know our knock-out stage opponents until the play-offs are complete in February.

I had missed the appearance of this lad previously: Cosimo Marco Da Graca 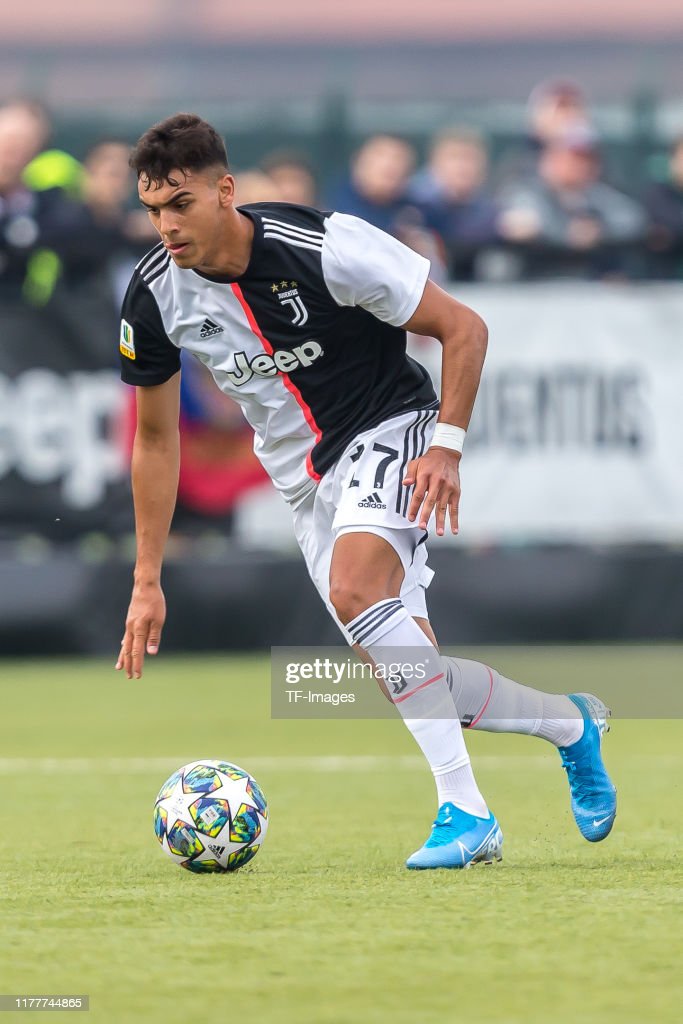 Played 15, scored 5, created 4. Only 17 years of age yet standing tall at 1m85 which no doubt helps at this level. We had him on loan with our U17s (from Palermo) in the 18/19 season then sent 600k to the homeland of my dodgy latin roots in Sicily to bring him to Juve on a permanent basis. Making the step up swiftly to the U19 level – as is the case with a fair few, as the elder kids have moved to the U23 in some cases e.g. Portanova, – the Italian/Brazilian striker is averaging a goal or assist every 67 minutes…

Another 17 year old playing in the upper tier of youth football is spanish prodigy Pablo Moreno. Plucked from the Barca academy where he scored 9999992378378 goals in a flurry of blistering seasons, the flair merchant is featuring often and forging his best work in the Uefa League (4 goals in 3 games).

Mamadou Kaly Sene, 18, operating as a wide forward has been enjoying a stellar season with 8 goals, 3 assists from 18 appearances. Picked up from a local club in Turin last Summer, USD Vanchiglia 1915. Glad he has improved from this moment of madness earlier in 2019>

Add in Elia Petrelli (5 goals, 3 assist from 8 games) and you have the makings of a creative spaniard behind a pacey Senegalese and classic italian prima punta.

Worth a mention is Romania U19 international CB, Radu Dragusin, another 17 year old punching well above his weight. Radu has made an impressive 18 appearances this campaign and may not have stopped growing despite his last measurement of 1m91. Perhaps some new wonder drug yet to be classified by WADA? Could do with introducing the same into Miralem’s dinner…Turn him into Savic? 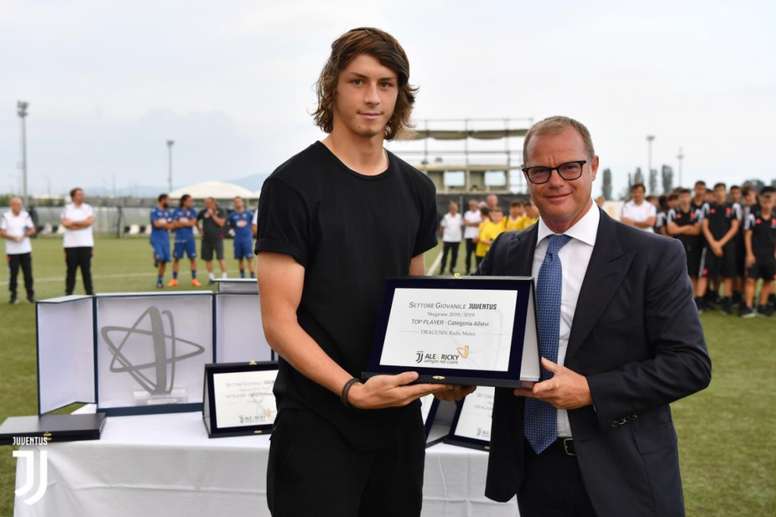 Finally…we have made it through to the quarter finals of the coppa italia primavera, draw for the next round to be made in January.

Aware of the long term failure of the club to promote any youth talent to the first team squad beyond the meaningless friendlies during the Summer, it seems prudent to consider how many internationals we have on the books. This gives at least an idea of others outside the club, valuing the current and potential talent of our youth sector.

20 players of our primavera represent their country.

There is a clear move to bring the most promising players through to the U19 early. The average age of the squad is 17.6. Tricky to make any clear conclusions from the U23 project so far. Which seems this season another hotchpotch of too many players and no settled first XI, which never helps. Pecchia is faring quite poorly in his first (perhaps only) season in charge.

Swiss- Portuguese front man, Dany Mota has been in decent form, currently top scorer of the squad with 8 (and 2 assists) from 22 outings. Kwang-song Han, the North Korean forward has been featuring regularly, yet sparingly…20 year old Hamza Rafia, an interesting signing from Lyon last Summer also yet to truly find his feet or form, though always near the first XI or bench.

I am happy to see Luca Clemenza in action, but again, his lack of end product smacks of a side far from balanced and cohesive. And I suspect an argument can be made quite reasonably to trim the squad and bring in a more experienced manager or…to let the most promising 19-22 years old train with, and even play with the first team squad.

Why not give Rafia or Clemenza a half hour against a weaker side as our AM in Serie A?

Why not give Nicola Fagioli or Manolo Portanova some playing time in our suffering CM? Both are very highly thought of.

Simone Muratore may have made his CL debut (against Leverkusen, briefly!) and yet is his development nourished or hindered by playing in a constantly changing side in a physically fierce league?

One of the few close to mainstays of the side, 20 year old Left Back Gianluca Frabotta, picked up from Bologna in the Summer for 2.6m, would not need to play the game of his life to prove more potent and exciting than De Sciglio.

I feel these players are being wasted, not developed as was hoped. Part of it is down the squad size, part down to the management. Is Fabio Pecchia being directed to use 31 players?

Hans Nicolussi Caviglia, 19 year old Italy U20 CM has been playing regularly for Serie B side Perugia.

Recovering well from his injury hampered previous two seasons, summer signing from Roma, Luca Pellegrini, has played a prominent role in the stunning campaign of Cagliari, notching 3 assists from his 13 appearances so far. Which just happens to be the same amount offered by Alex Sandro. The kid’s energy, enthusiasm and eagerness to get involved is something we are missing at Juve in the fullback positions and I can but hope that Luca continues his progress and is recalled in the Summer. We are quite dire to average on both flanks at the back. New blood is required.

21 year old Argie CB Cristian Romero is playing fairly well from what I have seen, certainly one of Genoa’s more consistent performers and yet he finds himself bogged down rock bottom of the league. On the positive side – for us, not the Genovese – he will be getting plenty of practice in the dog fight well underway. Remains a bright prospect and I would be happy to see him join De Ligt and Demiral in the future to complete a balanced selection of muscle, aggression, hustle and calmness on the ball.

Its difficult to have much faith in any of the U19 starlets progressing to the first team, though Moreno, Petrelli, Gozzi and that monster Radu remain flickering stars in the distant ends of the galaxy. Probably more useful to consider those a little older.

My own inklings of the current senior squad is that we lack quality and energy in both FB positions, have no natural DM and a lack of pace and creativity across the midfield. It would be preferable to have an extra forward who could shine so much in training that he could get a spot on the bench and if Dybala/Higuain are injured, perhaps even a start. I won’t consider Ronaldo’s role, as that is set, due to marketing and probably contractual considerations.

With De Ligt, Demiral and potentially Romero, at a stretch we could peek at Gozzi (looked lively when making his debut last term), yet no need for a few years.

It appears we may be seriously pursuing Dejan Kulesevski. The swedish flair merchant currently on loan at Parma (from Atalanta). After starring in consecutive youth sides at his parent club and playing a potent role in the Primavera title, Dejan was given his debut in the first team in Bergamo aged 18. With only 3 senior appearances to his name, Parma clearly saw something special and accepted a straight loan for 12 months. Immediately placing Dejan in the starting Xi where he has been prospering ever since.

How is it that Atalanta can find such a placement for a promising youngster, when we seem to struggle? Is it our reputation as a big club with deep pockets that leads to demands of ‘right to purchase’ and even a reluctance to further strengthen in any way the most powerful club in Italy?

Even with the introduction of De Ligt, Demiral, regular playing time for Dybala and Bentancur, Juve presently sit bottom of the table for average age of starting XI: If there is any statistic that most clearly tells the story of our current issue with an ageing squad it is this one. To add to this, the average age of our squad is 29

I’ve enough of a steady test of my endurance to watch every minute of the senior side, much of the rest of the competition in Serie A and of course the premier league from my homeland. And so this serves more as a brief snapshot, than an in-depth analysis.

The current suggestion is that we are failing more than succeeding with our youth sector enterprise, perhaps not in the end financial profit and loss accounts but in the one way which always matters most to the fans; seeing homegrown talent progress through the age groups and given a chance to prove their worth as a full professional in black and white.

Hope you all enjoyed a jolly festive period and the new decade has begun brimming with promise and hope of adventure, bliss and magic.